50% of country’s poor are from Sabah – IDS chairman

KOTA KINABALU: Although Sabah is rich in natural resources, 50 percent of the country’s poorest people are found in the state.

Institute of Development Studies (IDS) chairman Tan Sri Simon Sipaun finds this ironic and states that there were no reason why the people of Sabah should be poor since that state is endowed with natural resources such as oil, gas, timber and fertile soil.

He cited that Sabah has been shortchanged and questioned why Sabah’s gas was being transported 512 kilometers away for processing via gas pipeline costing billions of ringgit.

“Conventional economic and business wisdom tells me that raw materials should be processed as near as possible to their source,” he said at the Youth Unemployment seminar held at the Hyatt Regency Kinabalu yesterday.

He added that the endeavor could have created enormous job opportunities for local Sabahans, had a gas processing plant been located in Kimanis.

“It represented a lost opportunity for Sabah,” he said.

Sipaun also said oil was discovered in Sabah much earlier than Terengganu, yet Sabah does not have an oil refinery like Terengganu.

“Sabah only has petrol stations,” he chided.

He also said it was unfair that for every 100 barrels of oil produced by Sabah, only the value of five barrels goes back to Sabah.

“Is this fair to Sabah? I do not think so. It is high time Sabah is treated in a fair manner,” he stressed.

In his speech, Sipaun also mentioned that Sabah has the highest rate of unemployment in the country at 13.5 percent as compared to Melaka which only has 2.9 percent unemployment rate in 2017.

He stressed the need to address the unemployment in Sabah, stressing that unemployed youth meant wasted human capital.

“Many youths have left the state to work elsewhere – to Malaya, to New Zealand and to Australia.”

He said he hoped the new government would be able to change the situation for the better.

He also said the creation of job opportunities would require Sabah becoming attractive to investors, both locally and from outside.

“Our infrastructure must be adequate,” he said, stressing that the water and power disruptions must be addressed as well as skilled labour being made available.

He also stressed the need to have zero tolerance for corruption.

Similarly, the safety and security issue must also be addressed in Sabah as the news on abductions will deter investors from coming, he said.

“Sabah must be competitive. I am not surprised at all that Sabah is unattractive to investors,” he added. 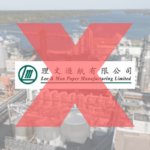 Sabah not reaching its fullest potential thanks to weak leadership