It is not surprising for Grant Thornton Consulting Sdn Bhd (GTC), the international accounting firm, to fail in its responsibility to help the 207 homebuyers of the Residensi Jaya project in Selangor.

The homebuyers paid deposits to buy houses in the project but unfortunately the developer of the project was wound-up following a court order in October 2019. The financier of the project, Sabah Development Bank Bhd (SDBB), then appointed GTC as the ‘receiver manager’ of Residensi Jaya housing project.

Looking back at GTC’s track record, it is quite likely that the homebuyers will not get their deposits back because GTC has a poor reputation of fulfilling its promises.

The ‘mess-up’ of the Sabah Forest Industries Sdn Bhd (SFI), where the jobs of the 1,500-odd employees are uncertain until today was because of GTC.

The SFI employees report to work every day but they are Not Allowed to do any work or operate any equipment because GTC does not trust them! The employees just get basic salaries – paid as advances from a RM98 million unsecured loan approved by SDBB.

Sabah’s Chief Minister once said that he will help the employees of SFI but unfortunately his words are just like ‘politician talking’ – cakap je but nothing happens.

GTC has also been taken to court for unethical practices and is being sued. When GTC called for a tender for the sale of SFI’s assets, a company called Pelangi Prestasi won the tender. Instead of handing-over the SFI assets to Pelangi Prestsi for fulfilling the Sales & Purchase Agreement, GTC refused and again called for another tender! GTC’s actions are illegal and is now sued by the company.

Back to the Residensi Jaya project, another shocking news… SDBB, the financier of the Residensi Jaya project, appointed GTC because both are ‘friendly parties.’ Their relationship began at SFI, where GTC is now managing SDBB’s RM98 million unsecured loan for SFI. Because of this ‘friendship’, both SDBB and GTC did not follow proper guidelines and procedures in the conduct of their businesses.

What’s sad is the homebuyers may lose their deposits because of the mess and legal complications that GTC is involved in today. This will not help the homebuyers, just as the 1,500-odd employees of SFI. They are all victims and they must complain to the authorities, including the Malaysian Institute of Accounts (MIA) about GTC’s actions, if they want justice. 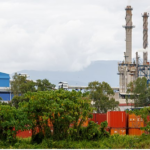 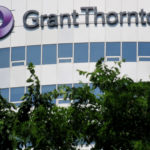