In response to the article titled “Study to see if squatter areas can to be gazetted at ‘kampungs’ – Jaujan” published in Borneo Post Online on 8 August 2019, I would like to offer a perspective on the repercussions if such an initiative is implemented by the Sabah State government.

Although it may seem a noble and humanitarian approach to resolving the squatter issue, the Sabah State government must realise the repercussions resulting from such an action because the state is not in an economically stable position to help.

First and foremost, the Chief Minister must take stringent steps to ‘plug the holes’ and prevent the influx of illegal immigrants into the state. He should work closely with the Federal Government and Eastern Sabah Security Command (ESSCOM) by recommending more complementary command centers and expanding the security zone to beyond the 1,400 km of the East coast of Sabah from Kudat to Tawau.

Second, giving the illegal immigrants temporary permits and allowing them the use of local amenities will cause further strain to existing local infrastructure and services, thus creating more difficulties for the local or natural indigenous communities. Sabah is still not yet in a position to offer this because the state itself is experiencing shortcomings in various socio-economic aspects.

Develop your resources first to an acceptable before you decide to help someone. At the present moment, the State is even unable to provide proper employment opportunities for its own people.

In a real sense, Sabah is not doing well in terms of socio-economic development. Not many economic activities have commenced since the government took over last year and all existing projects are either delayed or are not deemed to benefit the people of Sabah. Jobs are lacking and with little opportunities for economic growth, which can possible improve the wellbeing and welfare of Sabah citizens, the State Government, in particular the chief minister should have a better perspective of what the people are experiencing – not immigrants from neighbouring countries.

It is good and important that the state government is pursuing investment opportunities. Just to exercise caution, all investments from China should be stringently assessed so that 40% of investment value should comprise local content. The other is the appointment of local workforce in the top, middle and general workforce categories. With more Sabahans securing better quality jobs, the wheels of economies will automatically turn to bring greater prosperity for Sabah.

It would be far more preferable if investors are from within the country because then they will have a better understanding on the needs or the people, employ 100% local workforce and most importantly there will be no repatriation of revenue/profits to other countries. This will financially help the state and country in terms of no revenue loss due to foreign exchange losses and currency outflow.

As such, the Local Government and Housing Minister Datuk Jaujan Sambakong should take a long-term view about the squatter situation – to see if they are eligible to be gazetted as ‘kampungs’.

By all means gazette the squatters into ‘kampungs’ but do so not because you are ‘under pressure’ or expected to do so because of the ‘frequent fires.’

The frequent fires are caused ‘intentionally’ as a ploy for illegal immigrants to remain in the state and be eligible for government aid. The government should be firm and instead of ‘connecting electricity to prevent fires’ at squatter areas, it should take proactive measures by repatriating all immigrants in a systematic fashion. The fires will immediately stop! 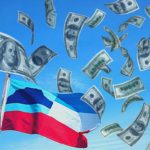 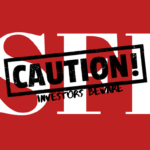