Call to set up Proton factory in Sabah

He said that there were many reasons why the company should set up a plant in Sabah, including the fact that the state was close to Japan, China, Hong Kong, and the soon-to-be relocated Indonesian capital of Kalimantan.

“Sabah too is set have an international harbour in Kudat and it will indirectly make Sabah the most suitable state to put up a factory for turning out Proton cars.

‘’With the existence of the fabrication factory, there will job opportunities in Sabah especially in the automotive sector,” he said.

At the same time, he said the Sabah government was committed to setting up technical and vocational schools and colleges.

‘’We make sure the technical and vocational schools and colleges will boost the skills of Sabah-born to prepare them to join the job market especially in the automotive sector,’’ he said.

Meanwhile, Proton, in a statement which was distributed during the event said, the Proton 4S Centre was opened by Fook Loi Corporation (Sabah) Sdn Bhd. – Bernama 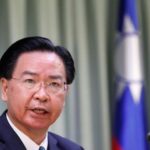 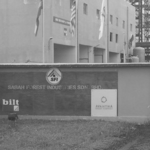