Shocking is the word! How can Shafie oppose state laws and transfer agriculture land to pendatang tak izin or immigrants in the state? Is he willing to sacrifice the livelihood of the people of Sipitang and the neighbouring districts in Sabah so that his Filipino kinship can have a better life? These are issues that must be addressed and investigated.

In fact, the recent spate of decisions by Shafie Apdal is not only disturbing but very unbecoming of a chief minister. Where does his loyalty lie? What is to become of the fate of Sabahans, moving forward?

In a news report published in Sabahkini2.com, Shafie approved the controversial transfer of 5,000 acres of agriculture land in Sipitang to an ‘outside party’ or immigrant (PTI), Antanyu Nulhaji, who apparently is a registered voter at Putatan, Sabah. How is this possible? Has it got to do with Shafie Apdal’s Bajau-Suluk ancestral roots that traces back to the Philippines?

It appears that Shafie Apadal, via a letter dated 28 August 2019, instructed the Director of Land and Survey to prioritise the land transfer application. It is uncertain if the Adun of Sipitang, Datuk Dr Yusof Yakob is aware or had acknowledged the land transfer.

According to a local resident, Supari, the residents of Sipitang are worried because their interests as well as those of the SFI employees’ (interests) will not be protected as more surrounding land are transferred to immigrants. He questions the fate of the people of Sipitang. Before long, it will be the immigrants who would own large parcels of agriculture land.

This is not the first. In October 2018, the residents of Sook, Sabah protested when Shafie Apdal allowed the land application by 12 illegal immigrants to plant oil palm and fruit trees. Each applicant was purportedly given 15 acres of land in Sook.

Another disturbing development is the Shafie’s disrespect of the High Court’s decision to declare the appointment of Datuk Amarjit Singh, as Sabah Water Department director last August, as illegal. The judge ruled on Wednesday (Oct 9) that the appointment of Amarjit was in contravention of Section 3 of the state’s Water Supply Enactment 2003. The legal suit was brought by former chief minister Datuk Yong Teck Lee and Tawau businessman Pang Thou Chung.

What was shocking is that in an immediate reaction to the High Court’s decision, Shafie Apdal instructed Datuk Amarjit Singh to report to work as normal, in other words being defiant of the Court’s ruling.

Instead of respecting the decision of the High Court and pursuing the appropriate channels to appeal the decision, Shafie Apdal’s controversial decisions and actions tantamount to abuse of power. The state government later filed an appeal but the fact remains that these behaviours are unacceptable are definitely not needed in Sabah.

Such actions are a breach of peoples’ faith and trust in the chief minister and the government. How can a chief minister behave in such an irresponsible manner? He seems to be creating more harm than good in office. He should have remained as opposition party!

What the state needs is a CM who is fair in his judgement and who makes equitable decisions in the interests of the indigenous people and citizens of Sabah. 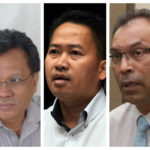 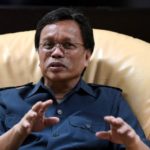