KOTA KINABALU: Sabah MCA has hit out at a Warisan aide who took a swipe at her party, accusing MCA of failing to get the Unified Examination Certification (UEC) recognised in the state when they were in the government.

Sabah Wanita chief Pamela Yong told Nicholas Chak, the political secretary to the state finance minister, to do his “homework” first before singing praises of the Warisan-led government on the UEC recognition.

“I do not think Chak is aware that Sijil Pelajaran Malaysia (SPM) is not an open examination system.

“To sit for the History (test), a student will have to sit for all six core subjects — Bahasa Melayu, English, Maths, Science, Moral Studies and History.

“So, yes indeed, it is a huge progress, in fact a giant leap for the Warisan-led Sabah government to recognise UEC, but only if the student has a SPM certificate,” she said in a statement today.

Yesterday, Chak, who is also Warisan Youth deputy chief, dismissed MCA president Wee Ka Siong’s earlier remarks, made at the Sabah MCA convention last Sunday, that Sabahans should not get too carried away with the state’s recognition of UEC.

Wee had said students still had to take their SPM and this condition had been there all along.

Chief Minister Shafie Apdal had said the state government would recognise the UEC as the entrance qualification for public institutions of higher learning and the state civil service but that UEC holders must meet certain requirements.

Shafie said while the Sabah Education Department supported the decision to recognise the UEC, one must also have a credit in Bahasa Melayu and a pass in History at the SPM level and a pass in Malaysia University English Test (MUET) to gain entry to a public university. 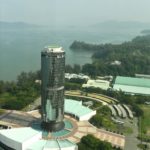 Sabah should tap into East Kalimantan 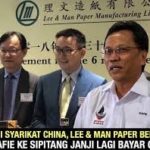