To be a capable leader, Shafie must be able to administer the state effectively, solving state-wide issues and without creating controversies, making pragmatic decisions without biasness or self-interest and doing away with non-performing and irresponsible ministers.

But Shafie doesn’t appear to be doing any of these. He is too comfortable with his rhetoric-type of administration, and perhaps that is the reason why his popularity is diminishing. At this rate, the Warisan government had better be prepared for a poor showing at GE15.

Nearly 17 months after being sworn-in as Sabah’s Chief Minister, Shafie Apdal has neither brought about economic improvement nor fulfilled the people’s aspirations.

In fact, Sabah’s performance was on a downtrend during his 17-month rule, compared to his predecessor. This can be seen from the 2018 national statistical data on various performance indicators.

Shafie’s and his cabinet ministers’ poor performance cannot be denied. They lack ingenuity and business acumen.

These are obvious weaknesses:

If the present trend continues, Sabah would soon be labelled as one of the most backward states in the country.

Take for example the Agriculture & Food Industry minister, Junz Wong. He should be focused on food security issues, precision agriculture, smart farming and agro-based technologies, etc. to transform Sabah into a food-hub.

Instead he talks about irrelevant matters, about a beleaguered timber company, increasing equity stakes, employee salaries, and more forward-looking statements to win votes – whilst his own agriculture portfolio suffers! He is merely a spokesperson minister for Shafie Apdal.

Then you have the Infrastructure Development minister, Peter Anthony who is more interested in having a dedicated office lift instead of addressing peoples’ concerns! He is also responsible for the controversial Papar dam project and the proposed RM5.2billion KK-Kudat Rail project.

Looking at Sabah in its present state and needs, is the RM5.2 billion project feasible? And where is the money coming from? China investors?

If the Sabah government is surrounded by incompetent ministers, to name a few, there is little change that people of Sabah can expect within the next three years. It may be time to ‘vote-out’ the entire cabinet! 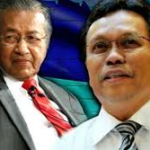 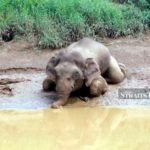