Part 1: Why Sabah Government Is Selling the State to China

China is known for investing billions of dollars in infrastructure and development projects in countries throughout the world, in particular developing nations. When a country or state shows interest, China would seize investment opportunities ultimately to gain ownership.

If the Sabah-China Chamber of Commerce (SCCC) or State Government is oblivious or is naïve about the potential threats, China will monopolise everything there is to own in Sabah!

Lee & Man Paper is reported to have a horrendous track record in countries like Vietnam where their exploits have destroyed the Mekong River there and caused harm to villagers who are dependent on natural resources for their sustenance. The project is believed to have received land use permits without conducting any serious full-scale environmental impact assessment to meet Vietnam’s environment regulations.

The main goals for Lee & Man Paper is purely profit. They do not include socio-economic benefits into their plans like ensuring their investments boost the local economy and help Sabahans obtain high quality jobs.

It is of major concern when such a company exploits the natural resources, environment, people and shows lack of concern for eco-friendly and sustainable practices just for profits, and profits that ultimately filter down to its owners. Ironically, an article in the Star on 25 April reported that Raymond Lee, the chairman and co-founder of Lee & Man Paper, and his wife splurged US$180 million on Hong Kong’s most expensive three-level property!! This is outrageous!

How can such a company be trusted? It would be incredibly risky to sell SFI to Lee & Man based on limited capability as there will be little to no benefits for the state and regular Sabahans. There won’t be any technological or knowledge transfer, no advanced manpower skills training, and no innovation to uplift SFI from its current debt-laden situation. Ultimately, no significant value would be brought to Sabah’s GNI.

All it matters for companies like Lee & Man Paper is their own pockets at the end of the day. The very same occurred recently in Vietnam where their focus is only on paper production. This is an old-fashioned and unsustainable business model as trees are cut down for the production for paper with very little consideration made on replanting and long-term environmental hazards from tree felling.

Instead of empowering the local population there, Lee & Man Paper exploited the natural resources of the Mekong Delta and left no tangible benefits for the villagers. Now, they have set their sights on Sabah and are likely going to repeat this same modus operandi here.

SFI currently owns 287,589 ha of timber concession area and 1,173 ha of industrial lands or about 4 percent of all the land in Sabah. That equals a total land area of 288,762ha which is larger than the areas of Kota Kinabalu, Tawau and Sandakan combined.

It is disgraceful to the sovereignty of Sabah if such huge tracts of land are just given-up for foreign Chinese ownership. Last checked, Sabah is part of Malaysia and not another province of China. 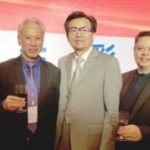 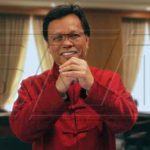