Sabah Development Bank’s (SDB) questionable actions of giving an unsecured loan of RM98 million to a company in receivership must be immediately investigated and addressed in efforts to mitigate the negative repercussions resulting thereof. The repercussions can impact the state of Sabah and the nation especially when it involves a financial institution like SDB, which has been listed as a ‘Development Financial Institution’ and mandated under Bank Negara Malaysia’s guidelines to fulfill specific economic growth strategies for the state and country.

For SDB to conduct its actions in a fashion that appears to contravene banking practices is rather shocking. To recap, with all the policy controls in force, how can SDB approve an unsecured loan of RM98million for Sabah Forest Industries (SFI) Sdn Bhd in June 2019? What is more shocking is SFI has been under receivership since mid-June 2019, and by virtue of this the company is deemed to be a non-performing entity with high credit risk.

Is it not a standard requirement for financial institutions to conduct thorough due diligence (legal and financial obligations) on the company before any loan is considered for approved? The due processes are particularly thorough for loans running into millions of ringgit. But in this case, SDB still approved the loan, knowing that SFI was a non-performing entity that was under receivership. This must be investigated and quickly addressed by Bank Negara Malaysia to ensure the integrity and reputation of the country’s financial and banking practices remain intact.

SDB’s actions may not only erode but tarnish the integrity of the country’s banking system and practices that have been developed over the years by BNM through the implementation of important policy and standards – and that have today put the country on the global financial map.

Needless to say, the actions of SDB could create doubt, uneasiness and negative  sentiments within the investing community. The repercussions to Sabah and country can be devasting if nothing is done to address the situation.

Some key points are highlighted:

Resulting from SDB’s actions, investors could lose confidence in the financial system and practices and this could stall the inflow of funds into Sabah, and possibly into the country, until corrective measures are put in place.

With lesser foreign direct investments, resource in-flow into Sabah would affect its growth. Capital, technology and management resources are important to stimulate growth, without which Sabah will remain under-developed.

Although the federal government possesses its own fiscal and investment strategies, it is also plagued by a high debt ratio. Therefore, the lack of foreign investments would create added burden on government’s efforts to ease financial constraints in the country – funds that could be released for infrastructure and socio-economic development projects.

Employment would be affected. This means lesser number of jobs in the market, resulting increases in unemployment rates.

Thousands of graduates in Sabah today remain jobless and every year thousands more join the market. At this rate, Sabah is headed for disaster! It shows that the state is clearly incapable of managing its affairs. The state lacks leadership acumen and seems to be unable to prioritize needs.

One may think that the Sabah Chief Minister’s visit to China early this year to woo investors to the state would resolve everything. Things would be back to normal.

Sadly, this would not be the case because the China investments has been categorized as a ‘debt trap’ policy. This means that any investments poured into the state would be repatriated back to the homeland in the form of employee salaries, company profits, purchase of good, services and consumables, etc. Ultimately, Sabah would gain nothing economically – in terms of reducing unemployment, increasing revenue, etc.

Essentially, investors would remain sceptical about SDB, which seems to operate according to  ‘whims and fancies’ or the control of the chief minister, Shafie Apdal.

If the Chief Minister and SDB continue to remain ignorant and do as they please, Sabah could experience repercussions and serious setbacks that could take a long time to correct. Investments could trickle in but the general investor sentiments for Sabah would be weak. 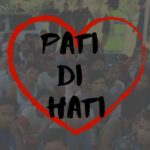 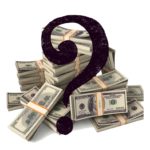