Sabah’s economic performance in 2019 will be quite difficult to forecast due to changes and tweaks in policies by the new Warisan-led Pakatan Harapan (PH) government.

These changes have had quite a significant impact on timeline for mega projects, irrespective of the decisions made by the federal government on the debt reduction exercise.

Across the board, business owners in Sabah are tightening their belts or ceasing operations altogether due to economic uncertainty and while others are adopting a ‘wait and see’ attitude. These were brought up in the recently released Sabah Property Development Annual Report and Market Outlook 2019.

According to the report, which is a close proxy of economic sentiment, developers in Sabah are cautious about market conditions due to the lower number of jobs available and low-income levels. This can be seen from the fact that despite house prices being low, most buyers are unable to secure loans. This is further made difficult by the stringent (loan) requirements set by the banks.

Tourism in Sabah, which was flourishing previously, seems to be lacklustre in 2019 despite numerous promotions and packages including increased flight connectivity within ASEAN countries, China, Japan and Korea.

The Warisan-led state government in general, has been performing poorly. Its inability to establish a strong economic platform to attract investments from abroad has been a major concern.

It is beginning to negatively impact the economic growth of the state. The leadership’s focus on China should be viewed with caution due to credibility issues. It is pointless seeking investments without proper negotiations and concessions for the people – as can be seen with the Federal government’s stand towards these investments.

The state must ensure sustainability of business with due care and consideration for the people and environment. We have already seen the set-backs and modus operandi of China-based companies previously, such as the ECRL project, gas pipeline across Borneo and other mega projects in the country.

We don’t need more China-led companies exploiting Sabah’s valuable resources for their own benefit – it must benefit local Sabahans and the spirit of developing Sabah must be done in concerted efforts to benefit its people, the environment and the state.

Our employment rates are increasing (re: 40,000) up in recent months. It would be a failure by the Sabah government if the unemployed workforce including graduates can’t be absorbed under the new Sabah projects that are being planned.

Sabah Chief Minister Datuk Seri Mohd Shafie Apdal said the state government is expected to collect RM4.27 billion in revenue for 2019 as compared to last year’s RM4.17 billion estimation. Shafie noted petroleum royalty is expected to remain the highest contributor to 2019 total revenue estimates, which accounts for 37.5 per cent with a projected collection of RM1.6 billion.

This, he said, is based on payments received by the state government in 2018 amounting to RM1.6 billion. This is the highest amount of petroleum royalty received by the state. This goes to show the state’s over reliance on the federal government and the oil and gas industry’s performance for its revenue, when it (state) should instead be focusing on organic growth of industries or SMEs.

State Sales Tax on Crude Palm Oil (CPO), which leads in Tax Revenue category, remains the second highest contributor to the state’s revenue. It is expected that the price of CPO could reach at RM2,400 per metric tonne with production of more than five million tonne in year 2019. Therefore, the state government has projected a collection of RM900 million from this source.”

This is an unrealistic price for CPO, given that the prices have been averaging between RM2,000 and RM2,100 per tonne this year.

Shafie said that his government would focus on downstream activities to create value-added products and generate income. It’s been nearly a year and there has been no progress here.

To boost economic growth and develop the agriculture, tourism and industrial sectors, the state government only allocated RM926.73 million under its 2019 budget. Allocation for scholarships, bursaries and financial assistance was RM52 million. These allocations are grossly insufficient to develop the local workforce to take on jobs in the new economy and high technology downstream industries.

More quality investments should be encouraged to develop local capabilities and develop a new generation of knowledge workers in the wake of globalisation, The Fourth Industrial Revolution, Internet of Things (IoT), robotics and so forth.

As China restricts outflow of capital and fights to manage the trade war with the US and Europe being stuck in Brexit and political tensions, it would be wise to look at quality domestic investors with collaborations with Japan or Korea to catalyse much needed economic growth in Sabah again.

Where are you, Christina, when you’re needed the most? 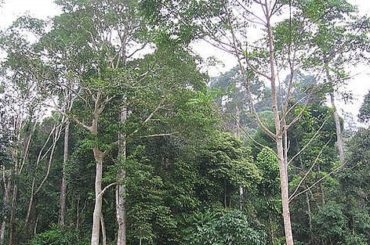