TENOM: The State and Central Governments are urged to revoke all MyKads issued by the National Registration Department (NRD) for re-registration to clean up old contaminated documents and of questionable authenticity.Former Kg Babalang chief, Sawang Johnary Landawi, said it was time for the Government to take serious action on the proposal to convert the MyKad including birth certificates whose documents were believed to have largely fallen into the hands of foreigners, he said.“Recently, we were shocked when a resident of Kg Tuan Tenom, Maisa binte Kandaya reported to the police in Labuan that she had lost her MyKad in 2014 but five years later at August 10, 2019 her MyKad was found to have been used by a foreigner when seeking treatment at Sipitang Hospital,” he said.In addition, several cases have occurred in Semporna lately, in which police arrested a syndicate into fake identity documents and involving NRD personnel.

“All these incidents have caused Sabahans to worry that MyKad and birth certificates are no longer safe as they can be shared with unauthorised foreigners,” he said  to reporters on Sunday.Therefore, Johnary agrees with  Sabah Rungus Pitas Association (Pisaan) President Richard Mazag to cancel all MyKads as a solution to the documents problem.Johnary, who is former PBS Melalap division chief, said they hoped the Government will take this matter seriously and take the necessary precaution because if left to continue the possibility is that “indigenous” people will become refugees of their own State.

He added they are not making baseless accusation, but that the public has been aware that the influx of foreigners has increased since the advent of a so-called “ Project IC” from around the 1990s.The issue has already been raised in the Royal Commission of Inquiry’s (RCI) report on illegal immigrants, but regretfully that to date the results of the technical committee’s reports have not been disclosed, Johnary said.Meanwhile, Johnary agreed with the proposal by Chief Minister Datuk Seri Shafie  Apdal at the recent State Legislative Assembly (DUN) for NRD to be required to act decisively against any guilty individuals, including the department’s own staff to face justice. 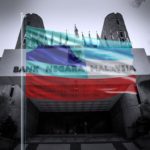 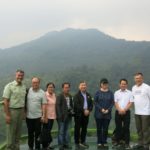