All banks have an obligation towards nation-building in the country but such responsibilities are governed by stringent banking and financial protocols to ensure legitimacy, businesses sustainability and economic growth.

Bearing this in mind, how is it then possible for a local bank in Sabah to approve and grant an unsecured loan of RM98million to Sabah Forest Industries (SFI) Sdn Bhd, when the company has been under receivership since the appointment of Receiver and Manager, Grant Thornton Consulting Sdn Bhd (GTC) in mid-2017?

How is it possible for a company that poses a ‘high financial risk’ to obtain any loan, unsecured at that? In the first place, the appointment of GTC as receiver manager to SFI was because the company had defaulted on its earlier loan. How is that the SDBB was still able to approve the loan to SFI despite its bad track record? In fact, it wouldn’t be a surprise if records show the previous loan to be categorized as a non-performing loan (NPL).

It appears that the RM98 million unsecured loan to SFI/GTC was approved in June 2019. The loan also appears to have no guarantees. The loan was apparently approved on the recommendations by the leadership of the Sabah government.

Other details, like purpose of the loan, repayment, signatories of the loan, etc. are sketchy. What is also interesting to note is how is SFI going to service this loan? Based on a monthly drawdown of about RM4 million and with an interest rate of 5-6% pa, the installments can be substantial. How is a company like SFI, which is under receivership, able to fulfill any or part of its monthly loan obligations?

Ballarpur Industries Bhd currently owns about 98% equity in SFI, whilst the balance is held by the Sabah State Government. GTC was appointed by Maybank Trustees to manage the affairs of SFI when the company defaulted on a loan in 2017.

Wasn’t there any due diligence conducted by SDBB? Without proper due diligence, such an action would appear to suggest negligence by the bank in conforming to banking rules and protocols. This would tantamount to the infringement of banking laws and possibly the Banking and Financial Institutions Act 1989, Financial Services Act 20123 or Development Financial Institution, under which SDBB is categorized under.

In any event, this clearly sounds like a bad call on the part of SDBB and the actions leading to the decision by the bank to approve the unsecured loan requires intervention and investigation by Bank Negara Malaysia.

As a development financial institution (DFI) governed by banking regulations and Acts, did SDBB follow proper procedures and protocols in assessing SFI’s credit rating, financial health, capacity to fulfill the terms of the loan, etc. even before considering the loan? Isn’t SDBB worried about the loan becoming a non-performing loan (NPL)? As a DFI, SDBB owes an obligation to undertake economic development projects for the benefit of the people of Sabah. This obviously did not happen!

Second point of contention is, are the instructions or recommendations by the Chief Minister alone sufficient for SDBB to grant the loan? Such an action seems rather odd and any interference by the Sabah State Government in the affairs of the Bank should be investigated.

These are questions that must be raised in the interests of transparency and accountability. It is important that the State and the financial institution conduct its operations and businesses within the provisions of the law. The rule of law must prevail to ensure the integrity and reputation of the state and bank.

It is obvious that the loan details, quantum, beneficiaries, terms, etc. were all kept ‘quite’ in efforts to conceal the matter. The people must know and must be able to assess for themselves the corroboration that goes on between SDBB, SFI, GTC and the Sabah State Government.

In the wake of the current economic situation faced by the country and given the initiatives by the Federal Government to reduce the country’s debt and bring justice to the nation, it is disheartening to note that such ‘incidents’ still occur in Sabah. If there is evidence of malpractice that contravenes the laws of the nation, action must be instituted against all parties concerned.

What is even more disappointing is this matter was not even disclosed at the recent State Legislative Assembly on Monday, 5 August 2019 when the chief minister provided responses on SFI’s status to the House and YB Tuan Jamawi bin Jaafar (Kemabong) during a question and answer session. Details about the unsecured loan was conveniently left out. Why?

In any case, Bank Negara Malaysia should launch an investigation into SDBB for possible breaches in the bank’s code of ethics, SOPs and if the bank flouted the banking guidelines. It (investigation) will help instill confidence and ensure governance in the banking and financial sector in Sabah. 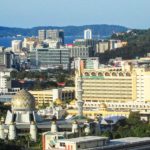