KOTA KINABALU: Security forces in Sabah’s east coast remain on high alert a week into intelligence information saying that Abu Sayyaf-linked gunmen were on their way to Sabah to kidnap high-value targets.

Eastern Sabah Security Command (Esscom) Datuk Hazani Ghazali (pic) said they had mobilised their assets to high-risk areas and the alleged target area of Mataking and Pom-Pom island in Semporna, famed among tourists, following the information on Sept 30.

“We have yet to see signs of these criminals but are not letting our guard down, ” he said.

It is learnt that the security forces are keeping close watch on foreign vessels and pump boats, as well as on water villages, as cross-border criminals are said to have families and friends within the local communities there.

Mataking, which is dotted with holiday resorts, is close to the sea border of the Philippines’ Tawi Tawi island chain.

In November 2013, a Taiwanese tourist was kidnapped while her male friend was killed by gunmen at a resort on Pom Pom island.

The last kidnapping incident was on Sept 23 when assailants on a pump boat grabbed three Indonesians during a noon raid on a Sabah-registered fishing trawler in Lahad Datu’s Tambisan waters.

Ransom calls have been made for the release of these three victims. 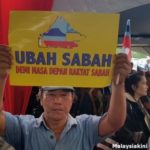 Sabah Government Must be Responsible to Sabahans 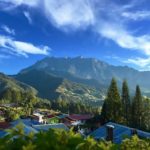