Sabah Forest Industries is for the Court to Decide, not Agriculture Minister

In respect of the statement by Datuk Junz Wong, Minister of Agriculture & Food Industry of Sabah (Re: article titled, “Hong Kong listed company operates Sabah Forest Industries,”) in See Hua Daily on 17 September 2019, a clarification is being issued to put the matter into perspective.

Datuk Junz Wong claimed that through Sabah government’s intervention, the delay in payment of staff salaries experienced by the Sipitang-based Sabah Forest Industries (SFI) was resolved. In fact, the matter was not resolved. What the state government did was merely provide a temporary ‘stop-gap’ measure to the problem.

The State government, exercised its influence over Sabah Development Bank to approve an unsecured loan of RM98 million for SFI – the monies of which are to be used for operational expenses, including the SFI staff salaries. SFI is currently under receivership by Receiver Manager, Grant Thornton Consulting Sdn Bhd. The company has been under receivership since June 2017.

As the monthly salary payments for the SFI staff including other operational expenses are being paid through the unsecured loan, ultimately the total amount disbursed and paid-for by the Sabah Development Bank would have to be borne and repaid by the company that acquires SFI. This is an unnecessary and burdensome initiative by the Sabah government because the RM98 million unsecured loan could have been easily channelled into deserving socio-economic projects in the state.

The reason is Pelangi Prestasi Sdn Bhd (PPSB), had participated and successfully won the tender by Grant Thornton Consulting for the acquisition of SFI. Upon fulfilling the terms, a sale & purchase agreement (SPA) was executed in April 2018 for the purchase of SFI assets for a total consideration of RM1.2 billion. In addition to paying the required 10% deposit of RM120 million to Grant Thornton Consulting, PPSB also paid the SFI staff salaries from April 2018 to January 2019 this year.

When the state government failed to honour its terms under the SPA, the case was then filed in the court. It is now a legal matter where an Injunction has been set for 10 October 2018 and a Judicial Review in January 2020.

Therefore, Datuk Junz Wong’s statement about ‘the state government decided to hand-over SFI to a Hong Kong listed company and that the state government’s stake in SFI to increase from the existing 2% to 30%’ is out of context and presumptuous.

It is also inappropriate for Datuk Junz Wong to make any comments or ‘forward-looking’ statements until the matter is disposed of by the court. 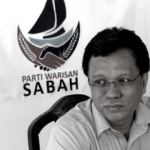 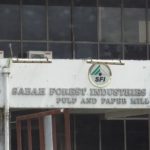