The recent outcome of the judicial review literally puts the brake on Sabah Government’s intent to unlawfully dispose Sabah Forest Industries (“SFI””) to a third party, especially when a sale transaction was already in place with Pelangi Prestasi Sdn Bhd (“PPSB”). These are improprieties by the Sabah State government that must be checked and appropriately addressed. There is an obvious lack of corporate governance protocols at the state level.

The Sabah Government’s intention is to oust Pelangi Prestasi Sdn Bhd from the Sabah Forest Industries (SFI) deal so that it (state leadership) is able to dictate the appointment of a crony ‘Chinese partner’ to manage and rape the affairs of SFI. Primarily, this is the main reason the government is pushing for foreign investments from China.

However, the outcome of the judicial review at the High Court in Kota Kinabalu recently has put a stop to the state government’s unorthodox ways. Pelangi Prestasi Sdn Bhd’s (“PPSB”) application for leave to apply for Judicial Review and application for stay of the Decision was allowed by judge YA Tuan Ismail Brahim. The Judicial Review (“JR”) proper is now fixed for Hearing on 23 August 2019.

The counsel for PPSB had stressed on the importance of stay – and if not granted, would be rendered nugatory by the time the JR proper is heard, as there is evidence that Sabah Forest Industries (SFI)/Receiver Manager (R&M) intends to sell the assets to a 3rd party.

Earlier, the counsel for SFI/Receiver Manager had applied for SFI/R&M’s application for leave to intervene and be added as a Respondent in the proceedings (Enclosure 8), to be postponed on the basis that that SFI/R&M have applied for the admission of Gopal Sri Ram in this matter. This was allowed by the learned judge.

As PPSB’s counsel had objected to Enclosure 8, SFI/R&M instructed for Gopal Sri Ram to apply for ad hoc admission to appear as counsel. SFI/R&M’s ad hoc application was filed yesterday and is fixed for Hearing at the end of July 2019. The counsel added that SFI/R&M had only consciously applied for ad hoc admission yesterday and as a natural consequence, should only be permitted to intervene at the JR proper, if leave obtained.

With this decision, Sabah government’s plan to dispose the assets of SFI to a third party has been prevented. Prior to this, PPSB had successfully won the tender for the assets of SFI. A legal tussle then followed when the Sabah state government and Grant Thornton intentionally delayed the completion of the sales transaction. Grant Thornton is the receiver manager appointed by Maybank Trustees to manage and the affairs of SFI. 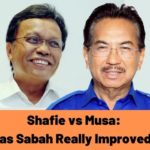 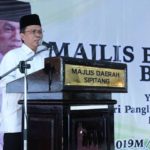