Sabah Minister’s Response To Damning Allegation: “No Such Thing”

I refer to the article, “No such land approval” published on 20 October 2019 in Daily Express where the State Education and Innovation Minister and Sindumin Assemblyman, Datuk Dr Yusof Yacob said the State Government refuted claims of a 5,000-acre land application that was approved by the Chief Minister in Kampung Long Mio, Sipitang…

BUT strangely, Yusof Yacob was also quoted, “It (the land application) had yet to be approved” – which means the 5,000-acre land application is awaiting approval by the chief minister! This is an act of corruption.

To recap, an article in a news portal reported that a 5,000-acre land application by outsiders had been approved by the chief minister.  The report had also included the scanned application letter dated August 28, 2019 that was directed to the Land and Survey Director with notes jotted by the Chief Minister for the application to be given priority.

This is where corruption sets-in – scribbling ‘notes’ on official government correspondence, instructing the head of a government department, in this case the Land and Survey Director to ‘prioritize’ the agriculture land application.

Therefore, it is wrong of Datuk Dr Yusof Yacob to deny the allegations in the media portal without even conducting any investigations to the matter. His statement to Daily Express is merely to distract readers away from the main (corrupt) issue. He is talking about requirements in the state and land by-laws. Anyone can read the by-laws and recite to the media! It doesn’t take a genius to do that!

As a minister, Datuk Dr Yusof Yacob has let the people in his Sindumin constituency down because he did not explain the truth behind the 5,000 acres of agriculture land granted to an immigrant. He didn’t explain Shafie Apdal’s instructions on the letter dated 28 August this year?

He can’t explain because Yusof Yacob is stooge in the Warisan Government, which is controlled by his boss, Shafie Apdal. That being the case, Yusof Yacob will say anything just to protect his boss and his position in the state government.

The ‘scribbling’ of instructions on government correspondences appears to be the ‘new way’ of giving instructions’ especially when it does not follow proper channels and protocols. Such cases must be thoroughly investigated by the Malaysian Anti Corruption Agency (MACC) to ensure that those who break the law must be brought to justice and prosecuted. This includes the Land and Survey Director if he had acted on the instructions of the chief minister.

In a nutshell, these revealing allegations are very damaging to the Warisan Government. Can such a government be even trusted to do good for local communities? 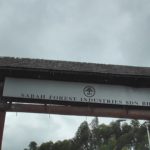