Sabah should tap into East Kalimantan

Institute of Development Studies (Sabah) acting chief executive officer Anthony Kiob said the shift by 2024 should be viewed positively and Sabah can capitalise on this.

“Everyone, the government, industry players and stakeholders, including the people in Sabah, should be prepared for the potential impact and consequences of this move, and strategise ways to capitalise on it.

“As an economic powerhouse in the region, Indonesia has the ability to positively impact the economy, especially for its neighbours, Sabah and Sarawak,” he added.

Anthony suggested that the Sabah government and industry players get organised and kick-start discussions on the potential economic and socio-economic impacts of this move.

“Players in Sabah need to be innovative in creating opportunities through this transition. The close proximity of Sabah to the new capital may lead to an economic spill over effect, just as Singapore had enjoyed the benefits of being closed to Jakarta,” he said.

Recognising the scepticism on Borneo’s lack of infrastructure, by some, to accommodate the capital move, Anthony remains optimistic as he sees that the move would require the Indonesian government to invest more on the island.

“I strongly believe the move will bring extensive development to the region and indirectly it will be inclusive through the concept of ‘prosper thy neighbour’,” he said.

Anthony further stressed that Sabah has the capacity to fill the gaps on Kalimantan’s limitations.

“This is such as leveraging on health tourism which we already started under the Sabah Development Corridor programme.

“At the same time there is also the potential of increase in volume of barter trade between Sabah and Indonesia due the closeness of Kota Kinabalu and the future Indonesia’s capital in East Kalimantan,” he said.

Anthony also stated that the move may also lead to better security and safety in the region as the possibility of increased security by the Indonesian government to protect its capital.

“I believe this will eventually open an opportunity for better security cooperation between Sabah and Indonesia,” he said.

Sabah Chief Minister Datuk Seri Mohd Shafie Apdal is currently on a three day tour in East Kalimantan since Monday with a high powered entourage from the state to explore further bilateral cooperation. 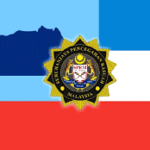 Sabah Has No Direction, No Thanks to its Leadership 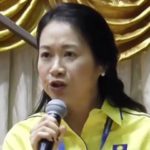