In an article in FMT on Aug 4, “Riled by xenophobia jibe, activist slams Shafie”, blogger Ronnie Klassen asked whether Chief Minister Shafie Apdal had lost the plot after accusing Sabahans of being xenophobic over illegal immigrants.

Of course, Sabahans are worried about where their chief minister stands today. It is their right to voice concerns regarding their welfare, livelihoods, unemployment etc which are longstanding issues in the state. They are worried, but they are not xenophobic.

The issues became more of a concern recently when Shafie encouraged the people to adopt a “prosper thy neighbour” approach. He challenged Sabahans and Malaysians to consider how they can help improve the living standards in southern Philippines. His rationale was that by doing so, there would be fewer crimes and entries of foreigners into Sabah.

Unfortunately, it is not for Shafie to get involved in the issues of foreign nations. But it is within his jurisdiction to improve the eroding security situation that has arisen from the fallout of issues, as he claims, in a neighbouring country.

The onus is on Shafie to ensure tighter and more stringent border security and controls. He should be championing increased enforcement in the eastern corridor and ramping up enforcement to protect Sabahans.

Cross-border relations between nations require the involvement and participation of authorities at the federal level. Such matters are best left to the foreign minister to address. The state should not get involved in such sensitive matters as it would distract the administration from implementing socio-economic development projects.

The chief minister should not lose the plot but should work towards the betterment of Sabahans and those in Labuan. As part of this initiative, immigrants in the state should be duly processed and repatriated in a systematic fashion so that Sabahans can breathe a sigh of relief.

The state government needs to get back on track to resolve the numerous bread-and-butter issues in the state. Since the current state government took the helm about 15 months ago, there has been no significant development in Sabah. Unemployment is still exorbitantly high. Infrastructural development is not well coordinated, and is instead facing protest from civil society and the people such as over the Papar dam or the 200km rail project from Kota Kinabalu to Kudat.

The Sabah government should focus on these issues and introduce new economic strategies that can raise the state to new heights. Sabah should be Shafie’s first priority, not southern Philippines. That would be best left to the appropriate leaders to handle.

Can you blame the people of Sabah for thinking that their chief minister has lost the plot when he should be prioritising sustainable and green economic development projects in the state – an idea which he mooted when delivering his first budget speech last year? 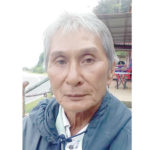