SOME 200 anti-dam protesters made their way to Mondoringin in Papar, the area identified as the final site for the Papar hydroelectric dam, to urge the Sabah government to put a stop to the RM3 billion project.

The group consists of villagers from Penampang and Papar, as well as the Task Force against Kaiduan Dam, Save Papar River, Babagon Dam, Pacos Trust and Sabah Bersih 2.0 and other civil society organisations.

They gathered in solidarity in the Ulu Papar region to remind the authorities of the destruction the dam would bring towards the nature and loss of ancestral lands if the project continues.

The Ulu Papar region covers Papar and Penampang, connected via the mountainous range of Crocker Range, which also borders Tambunan.

Construction of the Papar dam is expected to begin next year after the state cabinet approves the final dam plan redesigns, and obtain the necessary funding. – August 1, 2019. 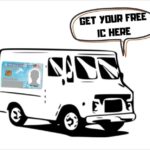 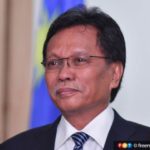