With the recent fiasco involving late June salary payment to the 1,200-odd Sabah Forest Industries (SFI) employees, it would not be surprising for the employees to have completely lost faith in Grant Thornton Consulting’s (GTC), management of SFI’s affairs. GTC is the Receiver Manager appointed to manage the affairs of SFI.

Being incapable as they appear, it would be increasingly difficult for SFI/GTC to pay salaries for the subsequent months especially when the quantum of payment could involve approximately RM3million a month, let alone mandatory contributions, utility bills, GTC’s consulting fees and other third party/vendors costs. Currently, the revenue from SFI’s Pulp and Paper Mill is said to be insufficient to meet the current financial obligations at SFI.

Worries and concerns continue to be a priority amongst SFI employees. How and when will the employees get their July, August, September, etc. salaries? Will the company’s portion of their EPF, SOCSO contributions be paid? Is this problem going to recur? The pressure on the employees would continue to mount given this uncertainty and monthly commitments.

The next question is how will GTC come up with a sustainable form of monthly funding? Do they have a plan in mind? If they do, they should conduct a townhall for the employees to alleviate their concerns and worries.

What about the Shafie’s government – Can Warisan help as he had promised? It is quite unlikely although the state owns about 2% of SFI. The state has other projects to focus on, and also because the state may be of the opinion that it may have after all ‘found a solution’ – by resorting to abuse of power and granting logging license to an unauthorized party to generate income.

Take the Tenom logging approval for example. If the approval granted to a company involving 388.3 hectares in Kg Katubu Sasagop and Kg Kapulu by the Natural Resources Department, Land and Survey Department and the State Chief Conservator of Forests recently, is anything to go by, then what is stopping the Sabah State government from doing the same – issuing licenses to unauthorised parties such as SFI or Lee & Man Paper – the China company based in Hong Kong that was engaged by GTC to operate and manage the Pulp and Paper mill in SFI?

Such actions may run afoul of the law because the issuance of the timber license, if it so materializes, would be deemed illegal because it goes against a court injunction that stops the Sabah Government from implementing a new set of preconditions to grant timber licenses until the disposal of a law suit.

Notwithstanding the above, the reputation of Lee & Man Paper is also to be questioned because of its business ethics and practices in Vietnam, the only other country where the company operates outside China.

In a 2017 report, it was mentioned that the company’s pulp mill project in the Mekong Delta province had remained undecided then over the fate of a controversial pulp mill of Vietnam Lee & Man Paper Manufacturing Ltd. This was due to pollution concerns, relating to emitted dust, unpleasant odour and noise and a potential threat to the environment given its use of a lot of chemicals in the production process.

Having such an operator is a major concern for SFI. The situation has been further aggravated because of the uncertainty amongst SFI employees as well as the interference by the state government in private business dealings, which is deemed inappropriate. What guarantee is there that there would be no future meddling by the state government in other private sector businesses?

Instead of focusing on the issues at hand, i.e. the interests of the employees, the State Government and GTC seem to have their own agenda. It is obvious that GTC is facing pressure in seeking a solution to SFI’s financial problems. The worry is more than just paying salaries. It has an obligation towards the well-being of all SFI employees, including their families. 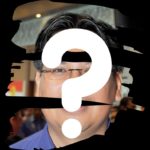 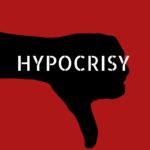