It has come to a point where the on-going issues in Sabah are turning out to be a major crisis. Shafie Apdal is not managing the issues well and Sabahans may now realise that they may have not made the right decision at GE14.

It has been 16 months since the chief minister, Shafie Apdal took office and he has literally nothing to show for in terms of achievements. What is evident today are the numerous complaints, issues, lack of sustainable and structured development for the state and the absence of people-centric socio-economic reforms. Arising from this, the state has taken a backward step and is today faced with challenges. Sabah is regressing and is being left behind by other states, including Sarawak – all due to incompetent leadership.

Look at some glaring issues:

On this point, if the chief minister is not preventing the influx of immigrants into the state, why should the Federal government be burdened with its commitment to Sabah? Perhaps, it’s time for the Federal government to negotiate and reduce the 40% revenue (return of net revenue), oil royalty and stamp duties, payable to the state – unless Shafie can prove that he is committed to repatriating immigrants for the benefit of Sabahans.

These propositions and decisions by the chief minister or state government were frivolously made and lacked proper due diligence. No assessments or long-terms studies were conducted to determine the impact of sustainable development on the economic growth sectors. The (state proposals) were merely ‘forward-looking’ statements to appease the people of Sabah.

All decisions relating to the environment, social and economic pillars of development in the state must be thoroughly thought-out, planned and implemented prudently to ensure that the long-term fundamental objectives are achieved and benefit the people of Sabah as well as the environment.

In a nutshell, Shafie and his cabinet ministers lacked business acumen. And because of their inexperience in managing state affairs, many controversial decisions were made resulting in unnecessary problems. ‘Bread and butter’ issues should have been easily resolved but not done so! The people of Sabah are tired and fed-up.

At this rate, can the state of Sabah sustain itself economically moving forward? Perhaps, the state and the people could have benefitted more with the previous leadership! 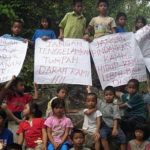