Chief minister, Shafie Apdal is not assertive and has failed to address and resolve some significant state issues. What’s worse, he has left these matters to his cabinet ministers, who may not possess the necessary capabilities and experience to do so.

The Paper Dam story is a never-ending one! It keeps resurfacing every now and then with no planned recourse. The State government seems adamant in seeing the project through despite the numerous objections and protests by local communities, civil societies and interest groups.

Shafie’s Infrastructure Development Minister, Peter Anthony, on the other hand, is headstrong in wanting to proceed with the project. He has neglected to engage with the people and even refused to consider their plight and perspectives (about the project). How would one expect to address and resolve issues with an attitude like this?

He reported that a task force against Kaidun Dam (Papar Dam) was in Kuala Lumpur to seek the support of the Federal Government, more precisely the intervention of the Prime Minister, Tun Dr Mahathir’s to stop the project before it becomes an ecological disaster. The Pakatan Harapan government had opposed the Papar Dam project prior to the last general election.

Whether the task force is successful in its endeavours or not is not the issue here. What is important is Shafie and his cabinet ministers have failed to address and resolve the matter at the State level. By involving the Prime Minister now, it paints a negative picture of Shafie Apdal’s capabilities and leadership skills.

Shafie Apdal has no control over what goes on in the state. He is either involved in too many matters or even worse, he is micro-managing every aspect of his involvement, thus leaving a trail of unsettled issues.

Since he took control of the state government nearly 16 months ago, the state has been experiencing negative growth, much to the detriment of people’s well-being. This has created much discontent amongst the people.

Take for example unemployment in Sabah. A recent data showed that under Shafie’s administration in 2018, there was a marked increase in unemployment at 5.8%, compared to 5.6% recorded in 2017, during the previous administration. What does this tell you? 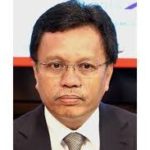 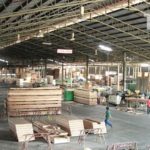 Who is Inovasi Johan to Meddle with SFI