Sabah Chief Minister Shafie Apdal talks about being concerned about the employees of SFI and the citizens of Sipitang – his excuse when asked why taxpayer money was used by the state to pay salaries owed by SFI to its staff.

He claims that “We (the State Government) must pay for these salaries even though this company is no longer ours”, but what exactly is the obligation of the state government here? Obviously SFI would be in financial trouble – they already had a willing buyer, but it was the state government and Shafie himself that put a stop to that contract. Is the Warisan government now trying to cover up their grave financial mistake by using taxpayer money and blaming it on other parties? They seem to be very good at playing the blame game – everything seems to be the fault of the previous government. When will they take responsibility for their own actions?

Just take a look at Shafie himself – take a look at his hometown and constituency of Semporna. The only reputation it has had is as one of the most notorious places for abductions. The formation of ESSCom has not seemed to alleviate any of the problems faced by Semporna or the other areas targeted by kidnappers.

In a recent opinion piece, STAR President Jeffrey Kitingan made a fair observation that despite Shafie being the rural development minister for many years with budgets of over RM20 billion, Shafie’s hometown of Semporna, as well as Sabah, lagged behind Malaya by at least 50 years.

If Shafie is truly so concerned about the wellbeing of the Sabah people, he had ample time to prove it. Instead, he squandered his six years in office as Minister of Rural and Regional Development, bringing little change or actual development to the people of Sabah. To be honest, ever since he held positions in the cabinet, first as Deputy Minister of Housing and Local Government, and finally as Minister of Rural and Regional Development, there has been no significant benefit to Sabah.

This sudden act of charity makes no sense. If the state government is willing to pay the salaries of employees of a private company, why not help the people of Kota Marudu build better jetties for their economic betterment? Is the state government then obliged to pay the 112,000 unemployed people in Sabah a minimum living wage every month as well? What about all the areas that don’t have access to consistent electricity and running water – aren’t their needs more critical? If state funds are going to be used, shouldn’t they be used in for such cases rather than to pay private wages?

When will the Warisan act sincerely in the interests of all Sabahans? It seems like all their actions so far have a hidden motive – one that doesn’t benefit the people of Sabah who need economic development. 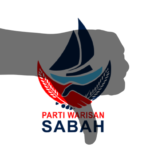 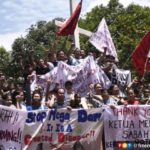