*article update with the latest info

The sale of SFI to Malaysian owned Pelangi Prestasi will see the ailing timber company revitalized and supporting a state of the art bio-hub in Sabah– the first of its kind in Southeast Asia. A bio-hub utilises bioresources and biomass including wood, oil palm waste and other kinds of waste feedstock for various purposes, like the production of biodegradable products, such as bioplastic as well as generation of electricity and heat. SFI’s current focus is on a traditional timber harvesting and pulp producing model.

But under Pelangi Prestasi, SFI would take a diversified and integrated approach focusing on transforming its current industrial site in Sipitang to a bio-product mill. Apart from pulp production, it would generate excess green energy and other waste streams that supports the setup of other bio-refineries next to it.

Now, what does this means for regular Sabahans? The investment in Sabah would total RM20 billion over the next decade and create over 5,000 direct jobs- mostly high-value jobs – and 20,000 indirect jobs as a result. Besides that, current SFI staffers would be retrained and upskilled, Sabah’s energy mix would be diversified thus improving electricity access to rural areas and because of the sustainable nature of these operations, this would aid in the conservation of natural forest reserves in the state in the longer run.

However, a spanner has been thrown into the works by the new state leadership, who doesn’t seem to have the best interests of Sabahans at heart.

It prefers to entertain offers from Chinese pulp and paper manufacturer, Lee & Man whose operations have known to cause environmental damage and their tendency to import Chinese workers to their mills, displaces jobs for locals.

Lee & Man have been eyeing Southeast Asia as their next expansion destination and their recent venture to Vietnam saw the pulp and paper mill there cause significant environmental damage to the Mekong Delta which is integral to the livelihood of people there.

Shafie’s government has yet to approve the conditions precedent to the SFI takeover deal which include the obtainment of state consent and issuance of fresh timber licenses – both of which, require action from state authorities.

The company that takes over SFI would inherit 287,589 hectares of timber concession area, 1,173 hectares of industrial land and a jetty with two berths in Sipitang. These are immense land masses that should rightly remain within the ownership of Malaysians and not some foreign entity looking to make a quick buck.

If Shafie is a true Sabahan leader, he would ensure that Grant Thornton Malaysia act in accordance with the B2B deal in the interests of the state in the long term. So far, favouring the Chinese company is an indication that Grant Thornton Malaysia is not interested in improving the welfare of the Sabah people. Deals coming in from China usually ‘take cares’ of high-level politicians and officials.

Could this be the reason why Grant Thornton Malaysia is so reluctant to agree for SFI to go to Malaysian Pelangi Prestasi? 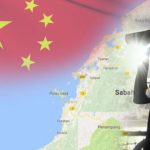