A showdown between politics and business is set to unravel in the “Land Below the Wind”.

StarBizWeek recently sighted the legal papers related to a civil suit against the parties and a judicial review application against the Sabah chief minister and the state government initiated by Pelangi Prestasi.

What started as a normal business transaction with the agreement to purchase SFI by Pelangi Prestasi in early 2018, hit a snag after the historic 14th general election when the current state government changed its tune on the issuance of a new timber licence to Pelangi Prestasi, contrary to its Umno predecessor.

Now under the helm of Parti Warisan Sabah, the state government has decided that Pelangi Prestasi will not be issued with fresh timber licences. It has also imposed an entirely new set of preconditions in order to grant the timber licences.

Meanwhile, complicating the entire issue are allegations that a notice had been placed in the Financial Times on April 9 this year inviting interested parties to submit bids for the acquisition of a pulp and paper mill with an integrated timber complex located in Sabah.

Pelangi Prestasi, which had on April 4, 2018, entered into a sale and purchase agreement (SPA) for SFI and had paid a 10% deposit of RM120mil for the asset, feels that it has been left in the lurch despite having fulfilled the prerequisites mentioned in the SPA.

When queried, the spokesperson for Grant Thornton Consulting acknowledged that a legal action has been filed on the matter.

“Grant Thornton Consulting does not comment on rumours and media speculation. However, we can confirm that allegations raised by Pelangi Prestasi in a recent suit, have been denied,” the spokesperson said via email.

The acquisition of SFI by Pelangi Prestasi seemed like a pretty straightforward business deal until the new state government’s unexpected intervention began to emerge.

Post-GE14 triumph, the timber industry in Sabah has come under the scrutiny of the Warisan-led state government.

Shafie has reportedly warned that those found to be monopolising the timber industry will have their licences revoked or suspended.

The Sabah Trade and Industry Ministry has also established a task force to look into timber industries for more holistic and sustainable actionable initiatives.

Meanwhile, the export of logs has also been banned temporarily since May 2018, aimed at developing the local downstream timber businesses.

How it all began

Pelangi Prestasi’s involvement in SFI began in April 2018, just a month before GE14, after it agreed to buy the entire stake in SFI from Ballarpur Industries Ltd (BILT) for about US$310mil or RM1.2bil.

SFI has been put under receivership and the management of Grant Thornton Consulting due to its financial struggles by the time the SPA was signed.

Under the arrangement, Pelangi Prestasi would assume control of SFI, including all its assets, land titles and timber licences.

Although SFI was a loss-making company with a net loss of RM354.7mil in financial year 2017, Pelangi Prestasi agreed to pay a premium of 16% for SFI over the market value of its assets.

A month prior to the SPA signing, on March 7, 2018, the previous state government agreed to approve new timber licences to Pelangi Prestasi if it fulfilled the SPA prerequisites.

Pelangi Prestasi had consented to fork out a premium for SPI considering the company’s existing timber licences and the fact that the Sabah state government would issue new timber licences post-acquisition.

Currently, BILT owns 98% of SFI, which has a concession area of 288,138ha that are located in the districts of Sipitang, Beaufort and Tenom.

Under an agreement in 1996, the-then Sabah state government under the helm of chief minister Datuk Seri Salleh Said Keruak granted SFI the timber concession for 276,623ha of forest reserve licensed by the state government, as well as 11,845ha of titled land owned by SFI.

Pelangi Prestasi said in its civil suit filing that as part of the prerequisites set by the Sabah state government, it has paid the salaries of SFI employees in full since March 2018, including shortfalls for the period of January to March 2018 arising from the temporary layoff programme implemented by R&M. The salaries of the workers were paid even up till March this year amounting to RM23.1mil.

As per the civil suit filing, the Sabah state government is accused of unilaterally imposing entirely new preconditions on Pelangi Prestasi, without communicating or engaging with the company.

The state government is also said to have insisted on paper and pulp (P&P) expertise to be possessed immediately. Pelangi Prestasi is not an existing P&P operator.

In its civil suit filing, Pelangi Prestasi alleged that it is being sidelined to allow the takeover of SFI by Lee & Man Paper. This is despite the SPA signed earlier by Pelangi Prestasi still being in effect.

Lee & Man Paper was previously recommended by Grant Thornton as the suitable P&P operator to form a joint-venture with Pelangi Prestasi. However, the proposed partnership has since fallen through.

Pelangi Prestasi claims that the move to consider the possible acquisition of SFI by Lee & Man Paper is in breach of the SPA signed earlier.

“On or about March 7, 2019, and during the subsistence of the SPA and without Pelangi’s involvement, it came to Pelangi’s attention that representatives of SFI and the R&M had attended to a visit to the assets by a representative from Lee & Man, with the possibility of the acquisition of the assets by Lee & Man,” alleged the lawsuit.

Meanwhile, in its judicial review application, Pelangi Prestasi is seeking to quash the Sabah state government’s decision to reject the issuance of fresh timber licences to the company.

In the filing, Pelangi Prestasi has labelled the state government’s decision as illegal, unreasonable and that it suffers from procedural impropriety.

Pelangi Prestasi has sought an order to stay the decision of the state government, pending the conclusion of the judicial review.

“If the state government’s decision is not stayed, Pelangi would be gravely prejudiced as the state government would be open to consider other parties with strong financials, pulp and paper track record and access to ready markets, thus causing irreparable injury to Pelangi,” the company said in the judicial review application. 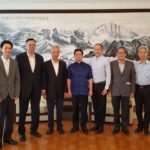 Do It Right, Do It Sincerely, SCCC 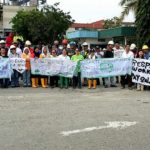 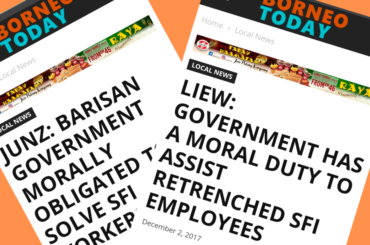 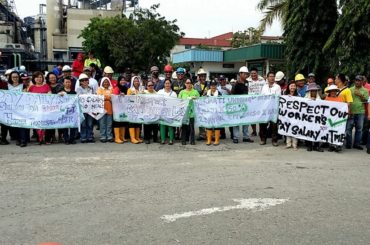 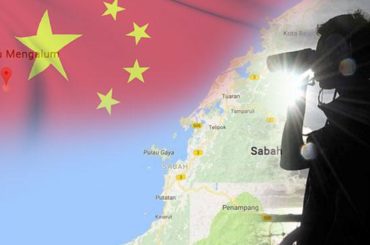 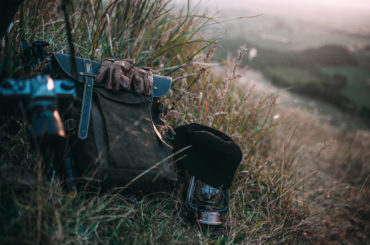