Sabahkita.com has been receiving overwhelming responses from concerned netizens regarding the agriculture land transfer to immigrants, when such transfers could be deemed illegal if no provisions are contained in the laws of the state or local by-laws.

There has been an increase in chatter amongst netizens, and this has gained the wrath of Sabahans who are concerned about the genuine, indigenous people living in the outskirts. What will become of their livelihoods? Most importantly, Sabahans are furious at the actions of the chief minister who seems to be ‘randomly’ approving unsanctioned land transfers.

To recap, Sabahkita featured a news story by Sabahkini2.com which reported allegations about Shafie Apdal’s administration, where state laws may have been breached to enable the transfer of agriculture land to pendatang tak izin or immigrants.

Why is the chief minister sacrificing the livelihood of the people of Sipitang and the neighbouring regions in the interests of his Filipino kinship? Is this because of Shafie Apdal’s Bajau-Suluk ancestry, which traces his roots to the ethnic people of southern Philippines?

In fact, there appears to be a spate of ‘unsanctioned’ decisions by Shafie Apdal favouring Pendatang Tak Izin (PTIs). In the Sabahkini2.com article it was reported that Shafie Apdal approved the controversial transfer of 5,000 acres of agriculture land in Sipitang to a PTI immigrant, Antanyu Nulhaji, who apparently is also a registered voter at Putatan, Sabah! In a letter dated 28 August 2019, Shafie instructed the Director of Land and Survey to prioritise the land transfer application.

In October 2018, the residents of Sook, Sabah protested when Shafie Apdal allowed the land application by 12 illegal immigrants to plant oil palm and fruit trees. Each applicant was purportedly given 15 acres of land in Sook.

The spate of such atrocities must be investigated. If no actions are forthcoming, the state’s assets and people’s livelihood would be exploited and abused.

MACC should take this matter up and investigate the chief minister and relevant land offices, district councils in the state. Such, atrocities, if existent should not be allowed to continue in the interests of good corporate governance.

As Latheefa Koya pointed out, years ago, people might have been able to run from the law but due to the advancement in technology, whatever you do (today) can be traced, every transaction can be found and there is nowhere to escape.

Whatever the agenda the chief minister possesses must be made transparent and this can only happen if a thorough and comprehensive investigation is conducted. 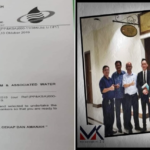 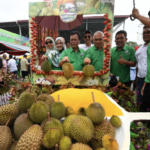