At a recent event in Kota Kinabalu, Sabah’s chief minister YAB Shafie Apdal was quoted as saying “the state needs human capital of diverse expertise in managing finance, wealth and resources to boost the state economy… We need a diverse range of skills and expertise as this will enable the nation to face global economic challenges.”

CM Shafie Apdal’s statement may appear encouraging and motivating but in reality, would the people of Sabah, in particular the unemployed skilled and graduate workforce be impressed? It’s highly unlikely and they would probably scoff at such a statement. Shafie points out the obvious, but as usual, nothing materialises! Unemployment continue to escalate.

The Warisan government since the beginning has set it itself up as the saviour of the Sabah people, swooping in and declaring that it will give the people of Sabah a better future. But what have they really done in the one year that they have been in power?

What are we talking about? We’re referring to the rate of unemployment in Sabah, which has gone up from 5.6 % in 2017 to 5.8% in 2018 since the Warisan government took over. In July last year it was reported that unemployed graduates itself was at a staggering 27,540 individuals! This is astonishing. Is this really a sign of improvement?

According to an article in the Edge Markets, the previous government’s poverty eradication programme lifted 30,000 people out of poverty in the first half of 2017.

Musa Aman had previously stated that “the poverty rate (in Sabah) can be brought down to below 1% by the end of the 11th Malaysia Plan” using a combination of infrastructure and agriculture projects. A long-term strategic development plan, called LEAP 2016-2035, was implemented, as well as smaller poverty eradication projects called Program Mini Estet Sejahtera.

Right now there is a legal tussle involving the State Government and Sabah Forest Industries. With no solution in sight, over a thousand Sabahans may lose their jobs.  Christina Liew, the current Deputy Chief Minister of Sabah, even admitted that the government of Sabah had ‘a moral duty to assist retrenched SFI employees’, yet what have they done about it? There seem to be no plan except that the employees at SFI continue to suffer.

The situation is escalating and if the Sabah government is committed and serious about providing employment, eradicating poverty and gaining the support of the people, they must act now and fast! 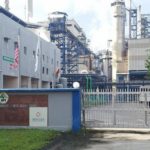 Pelangi Prestasi’s judicial review to be heard on Aug 23 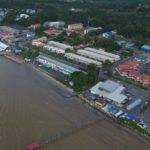