Shafie Apdal came out to say that the Sabah Government is paying the salary of Sabah Forest Industries (SFI) employees, because the state government ‘still has the responsibility to ensure that the livelihood of SFI’s employees is well taken care of’. This statement is laughable – it was the actions of the Sabah state government that put the SFI employees in this unfortunate position in the first place.

Need we remind him that Pelangi Prestasi Sdn Bhd (PPSB) had signed a SPA to purchase SFI last year? And that PPSB had been consistently paying SFI staff? And not only that, but that PPSB had plans to invest and develop SFI’s capabilities and the Sipitang area along with it?

Who put an end to all of that? Who was the one who stopped the sale from going through after the deposit had been paid? It was the Sabah state government!

The spanner was thrown into the process of SFI being acquired thanks to the new Sabah government suddenly deciding they did not want to let go of the pulp and paper company. Despite the fact that new timber licenses from the government were part of the sales agreement that PPSB signed during Musa Aman’s time, the new Sabah government refused to fulfil that. They came up with a new condition after the sales agreement had been signed, and claimed that since PPSB could not fulfil that condition, they could not take over SFI.

This plunged SFI back into its former position of economic uncertainty. Who is to blame for that? Clearly it’s the fault of the Warisan government in the first place. They claim now to care for the livelihood of the employees, but where was this concern when they first decided to unfairly interfere in the sales agreement that would have allowed an experienced company to take over and help SFI?

So why is Shafie acting as if there was nothing that could have been done and that the Sabah government had no choice but to use up state funds to ensure that SFI employees are being paid? All of this could have been avoided in the first place had the Warisan government truly acted in the best interest of the people.

It’s now that we can see the true stripes of Shafie and his Warisan cabinet. They create situations that cause trouble and difficulties for the people of Sabah and then pretend to swoop in to save the day. What is the point of letting the people suffer in the first place? Should the Sabah people be grateful for a government that has done nothing for them so far? Shame on the Sabah government – it’s time that they stop acting like victims and start taking real responsibility for their people by making some good decisions. 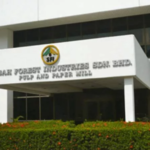 No Future in SFI Restructuring 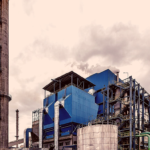