Sepa president Lanash Thanda said there had never been any transparency involving the two bllion-dollar projects.

“The Tanjung Aru project is clearly a Barisan Nasional baby that is now being adopted by Warisan.

It was clearly stated in the media in February 2017 that Warisan would put a stop to the TAED project. Warisan has not held up to its end of the bargain in ‘Ubah’ (call for change in GE14 manifesto).

“They have reverted to the BN style of operation — empty promises that are a huge betrayal to the people of Sabah who voted for change,” she told FMT.

Sabah Infrastructure Development Minister Peter Anthony had mentioned in his speech during an event here that the Papar Dam was needed to meet the high demand for water in future, including from the TAED.

Lanash said Chief Minister Shafie Apdal had promised that the decisions would take the people’s views and the interests of the government and investors into account.

“When, how and whose views were taken into consideration? How were these views collected?

“So far it appears that all promises to undo BN’s mega-projects have failed. Is this the legacy that Shafie and Anthony want to leave before their term is up?”

Takad spokesperson Diana Sipail also considered the go-ahead for the Papar Dam a stab in the back for the people of Sabah.

“We will continue objecting and will take appropriate action if the project is carried out.”

She reminded Anthony that the environment and indigenous people’s way of life on their native land is a “warisan Sabah” (Sabah’s legacy) and warned that it is at risk of being crushed under Warisan.

Mastupang Somoi, spokesperson for Tanah Dahai, which is a coalition of communities impacted by the environment, said many people will be affected by the building of the proposed dam. 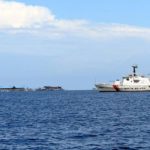 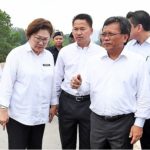