In June of this year, the Sabah Development Bank allegedly gave out a RM98million loan to Sabah Forest Industries, a company under receivership. This was cause for consternation, as SFI has existing buyers waiting in the wings that would mean no loan was necessary. Not only that, SDB funds are meant for state development infrastructure, their priority is not helping private companies who don’t actually need it. And lastly, who could have approved an unsecured loan of that amount?

Who are the players involved?

Sabah Forest Industries is a pulp and paper mill that manages a 712,000 acre forest estate in Sabah. It is a loss-making company, with a net loss of RM354.7million in the financial year of 2017. Currently, it has ceased operations and is under the receivership and management of Grant Thornton Consulting. Grant Thornton Consulting is rumoured to have taken out a RM98million unsecured loan from the Sabah Development Bank in June in relation to SFI. There are existing buyers for SFI, but they have been rebuffed. Instead, the route of an unsecured loan was taken by the administrator of SFI’s assets. Why?

What is the Sabah Development Bank?

SDB is a bank that plays an important strategic role in advancing the state government’s developmental agenda. It is meant to fund infrastructure and public projects to benefit the community. Its unnecessary involvement in the affairs of a private company seems unusual. Yet, almost a decade ago, when Musa Aman was Sabah’s Finance Minister, SDB approved a RM20million loan to the then-penniless Tony Fernandes (he did not take it up) because Musa ‘felt he was sincere’. The current Finance Minister is Shafie Apdal, who denied one of SFI’s buyers new timber licenses and caused the sale of SFI last year to come to a standstill.

What is an unsecured loan?

Why would SDB do this?

There is a precedent for SDB to give loans that are unlikely to be paid back, as in the case of oil and gas company M3nergy, now known as Sabah Industrial Petroleum (SIP). In 2010, M3nergy took a loan for an undisclosed amount from SDB. They were loss-making and unable to service the loan, and came to an agreement with SDB to exchange the debt for SDB taking over M3nergy in 2013. The company was renamed Sabah Industrial Petroleum, and allowed the state to directly involve itself in its lucrative O&G assets as most O&G operations in Sabah at the time were small-scale. SIP is now headed by the Chief Minister of Sabah. RM98million is a large amount, especially when monthly salaries amount to RM3 million and there are no plans for expansion. Is this loan doomed to be defaulted upon?

What are the main questions?

Why did SFI/Grant Thornton take out an unsecured loan of such a large amount, when there are existing buyers that could alleviate whatever financial burden that SFI is facing? Why did SDB use funds that should be channelled into helping the community for something seemingly frivolous? Who approved this loan? Who had the power to approve this loan at SDB? Why would they do so? Is the Sabah state government looking for a pulp and paper asset, and intend to procure one through the default of this loan, as was done with M3nergy? 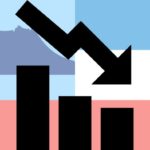 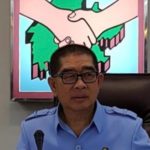